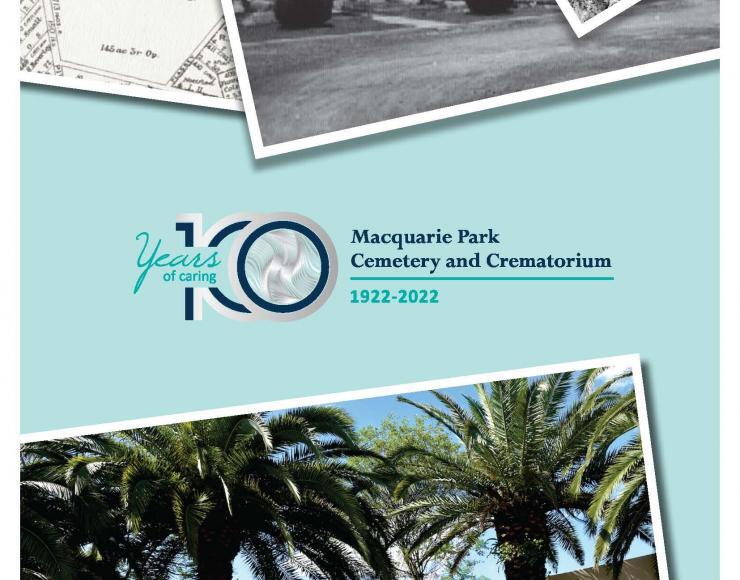 Following European settlement in the late eighteenth century, much of the area was gradually developed for farms and housing, leading to rapid population growth. Press articles of the day reveal a growing demand in the late 1800s for a general cemetery in the northern suburbs.

On 9 July 1902, Northern Suburbs General Cemetery was dedicated. The name changed in 2004 when a new crematorium and chapels were established on the Delhi Road site.

It would be another two decades after dedication before the first burial took place, Henry Mashman’s, on 20 April 1922. An English immigrant, Henry trained as a potter at Doulton’s Lambeth works (Royal Doulton). Arriving in Australia in 1883 with his brother William, the duo initially partnered with potter James Sandison at Willoughby (now Chatswood), Sydney, in 1885, establishing a pottery manufacturing business, Mashman Bros Victoria Pottery, on the same site from 1888. After making a renowned range of ‘Regal Art Ware’ in the 1930s, and supplying utility wares during WWII, Mashman Bros merged with Royal Doulton in 1957.

The cemetery’s location which borders Lane Cove River and National Park was originally native bushland. The traditional custodians of the land, the Darug Wallamatta People, had a deep sense of belonging with these ancient and sacred lands. This connection endures today, with acknowledgement and respect given to the traditional custodians, past, present and emerging.

Over the years, steady growth and development enabled Northern Cemeteries, the site’s Crown Land Manager overseeing operations, to continue its commitment to always care for and serve its community in all its diversity.

Innovation has played its part in responding to changing community needs and expectations. Introduced a decade ago, live web streaming of memorial services proved invaluable in helping to connect families amid COVID restrictions.

And in a first for NSW, Living Legacy Trees were recently introduced as an everlasting and environmentally sensitive memorialisation option, providing a green and clean alternative for scattering the ashes of loved ones.

Macquarie Park’s 2022 Centenary, and 120 year milestone since dedication, reflect a strong history of service and an abiding commitment to connecting and caring across the past, present and into the future.