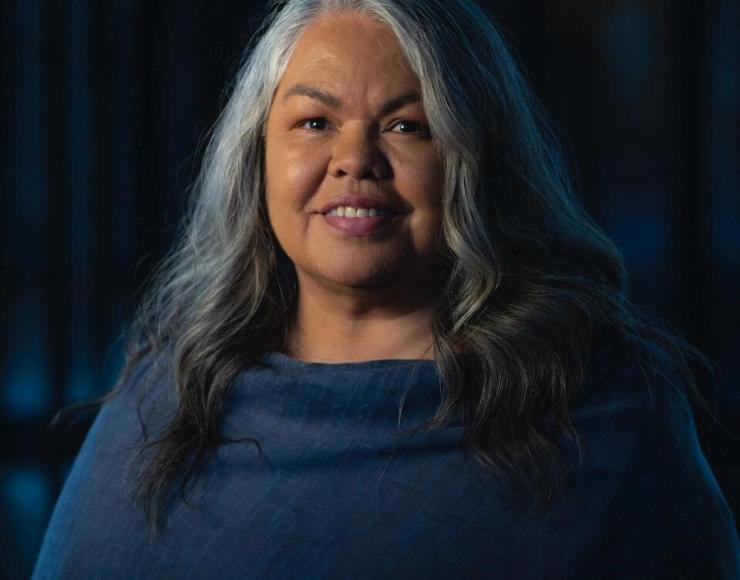 Northern Cemeteries acknowledges the unique status of Australia’s First Peoples as the original people of this land. We recognise their cultures, histories and ongoing relationship and obligations to the land and waterways.

These traditional homelands are ancient and sacred to the Gai-mariagal who have a deep sense of belonging, both traditional and contemporary, because they are part of the world’s oldest surviving, continuous living culture on the planet.

Totems are a natural object or creature that is believed to have spiritual significance and can be adopted by particular groups as an emblem or symbol.

In the spirit of reconciliation, Northern Cemeteries has embraced the blue tongue lizard as the totem for Gore Hill Memorial Cemetery.

The blue tongue lizard carries an important message for women. The creation story is about a little robin and a lizard that use to fight over the little blue berries. These berries were found on a spikey plant that had razor sharp blades. A little girl was told not to eat the berries, but she used to watch the robin and lizard fight over them and she wanted to try them, so she did.

She ate so many of them that she began to get fat and the old people kept telling her to stop eating them. When she did not listen, they turned her into the blue tongue lizard. Story as told by Dennis Foley, Gai-mariagal Custodian.

As a Gurindji, Woolwonga woman from the Northern Territory, now  living on Gai-mariagal country, Northern Sydney, it is with great pleasure that I have the opportunity to work in collaboration with Northern Cemeteries to provide advice and guidance, to support them on their journey of truth telling and reconciliation.

Today Northern Cemeteries proudly flies the Aboriginal Flag and acknowledges the Traditional Custodian of the lands that each of their five cemeteries are located.  As sovereign people we have always maintain our connection to country, a connection that has always been sacred to us.

As we look to the future we hope that we can look back one day and say that we made a contribution and we have made a difference.

If we truly care for the community in all its diversity, then healing the history of our past, will bring respect, dignity and inclusivity into the present.